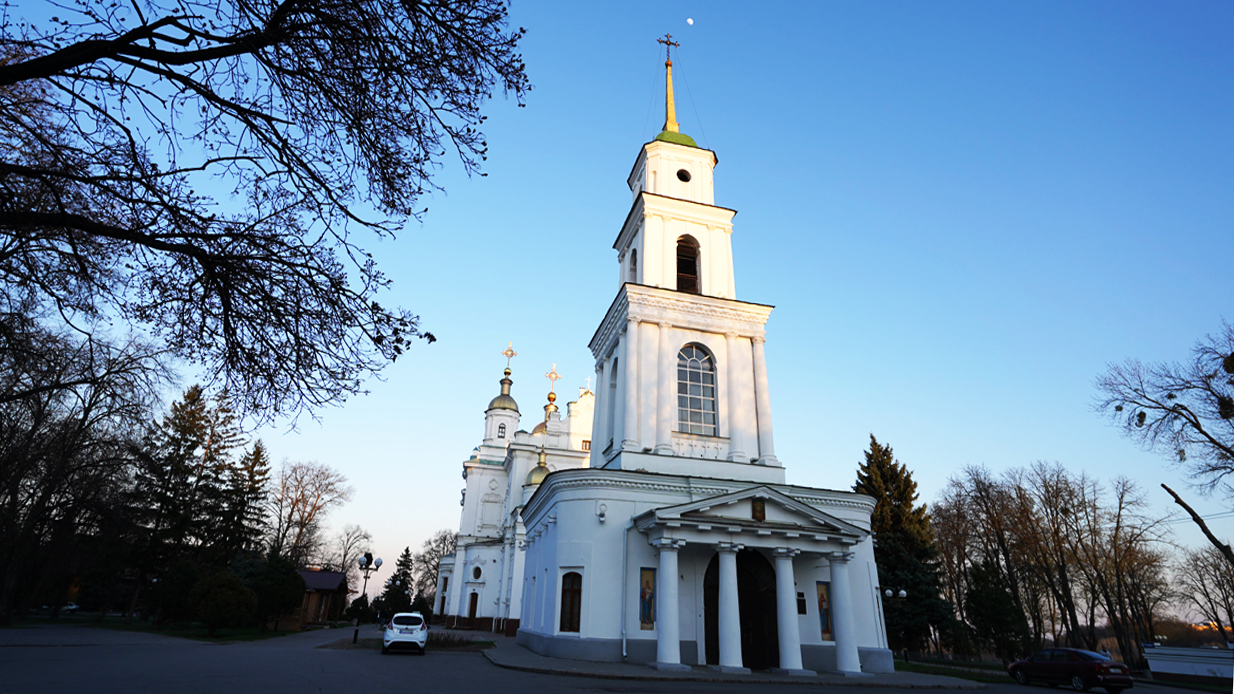 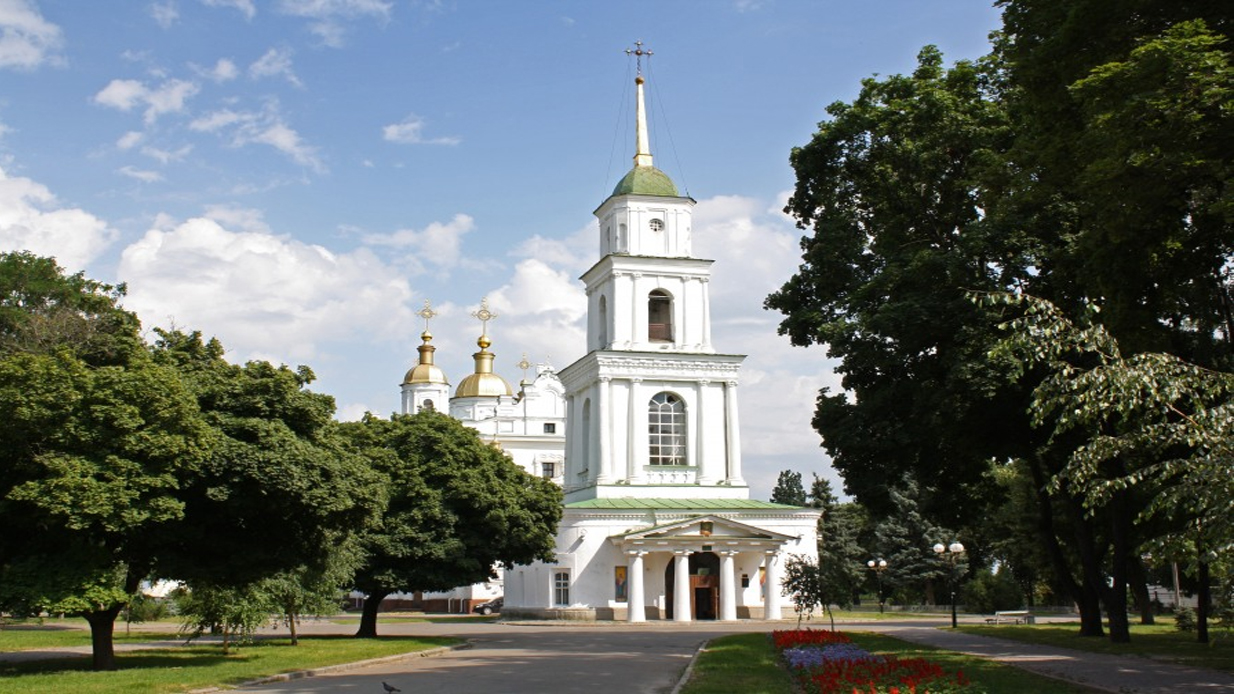 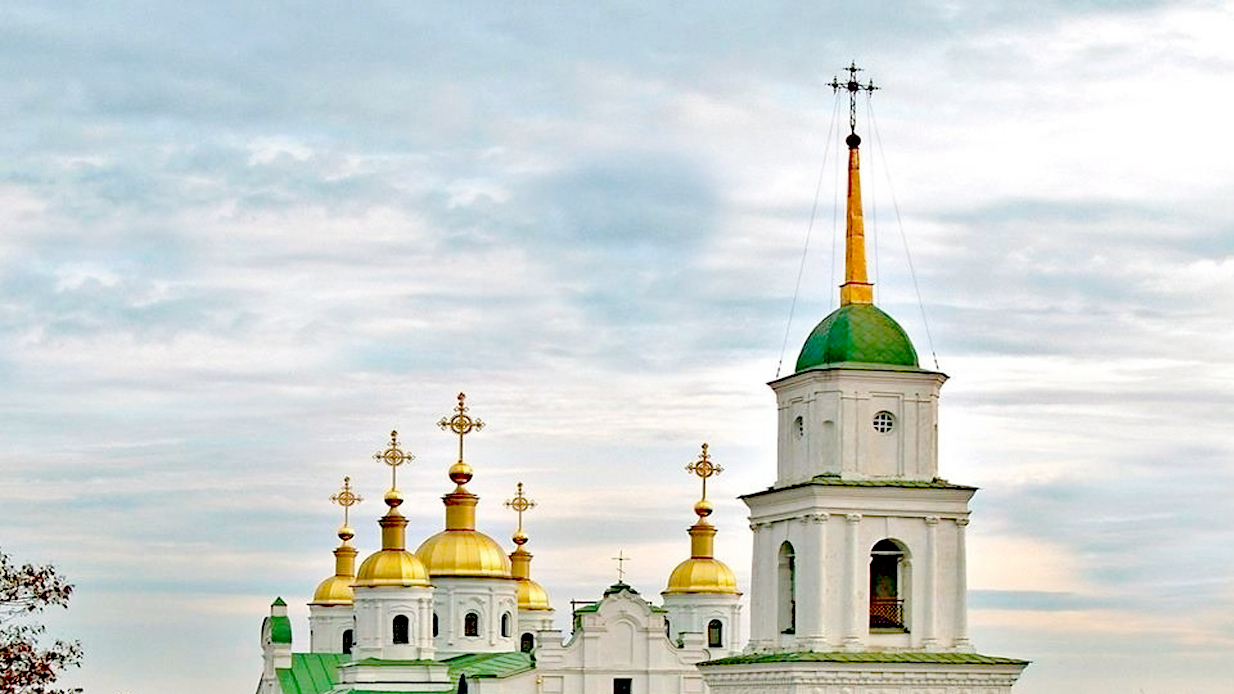 The bell tower of the Assumption Cathedral

What? - The bell tower of the Assumption Cathedral

The construction of the bell tower soon began (1774) next to the cathedral, but there was a lack of funds here as well - it was completed only twenty-seven years later, although the church of St. John the Baptist had been operating in its consecrated walls since 1787.

The bell tower, which was 44 meters high, was preserved by God's providence. After the destruction of the cathedral in 1934, it stood empty. During the war from 1941 to 1946, the church of St. John the Baptist was restored, which had been operating here since February 27, 1787, the day of its consecration. The bell tower of the cathedral stood in ruins for a long time after the war, then it housed various workshops. On the 1100th anniversary of Poltava, it was decided to restore the bell tower and equip it with a museum of the city with an observation deck on the upper tier.

In 1974, large-scale restoration works were carried out to restore the historic appearance of the bell tower, timed to the 800th anniversary of Poltava, as a result of which a museum of the city and later an exhibition of contemporary artists opened in the former church.

Thus, the bell tower was preserved until the early 90's, when the processes of destruction of the communist regime began and a free religious life became possible. The decision to restore the cathedral was made in 1999 and completed in 2005. The author of the project V. Trygubov, he kept the height of the cathedral 44.07 m, but due to insufficient funding he was suspended from work and according to the project "Gorstroyproekt" the height was 37.5 meters.

The bell tower has survived to this day, consecrated in 1787, in which the church was built long after the destruction.

The bell tower often hosts exhibitions of amateur artists of the city.