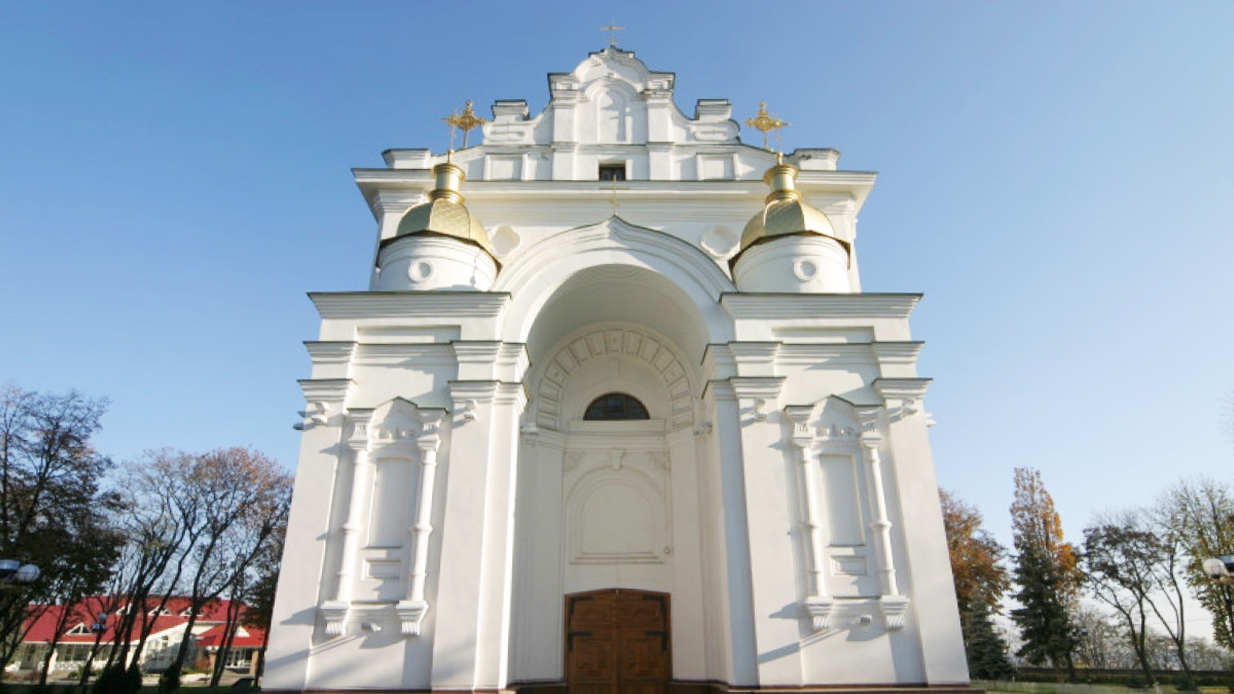 On the site of the modern Holy Dormition Cathedral, which was the center of the Poltava fortress, there was a wooden Church of the Assumption, which was a "city cathedral". The last evidence of its existence was recorded in 1695. In 1776 the wooden church was donated by the community of the village of Ivashki, Poltava district. An inscription on an ancient akathist testifies to its affiliation as a cathedral church. Later, in 1748, on the initiative of the Cossack officers and the public, a decision was made to build a brick church and on November 8, 1748, a contract was signed with the then famous architect from New Serbia, Stefan Stabanski.

Due to various organizational and financial problems, they started working only in 1751. Insufficient funding and other factors, construction lasted until 1770. Its dimensions reached 32 meters in length and 17 meters in width. The building of the temple was two-story in the style of the Byzantine basilica. Facades were decorated with decorative pediments.

Now the Holy Dormition Cathedral belongs to the Ukrainian Orthodox Church of the Kyiv Patriarchate, not consecrated, the bell tower, consecrated in 1787, has been preserved, in which the church was arranged long after its destruction.

Holy Dormition Cathedral is the first stone cathedral in Poltava.