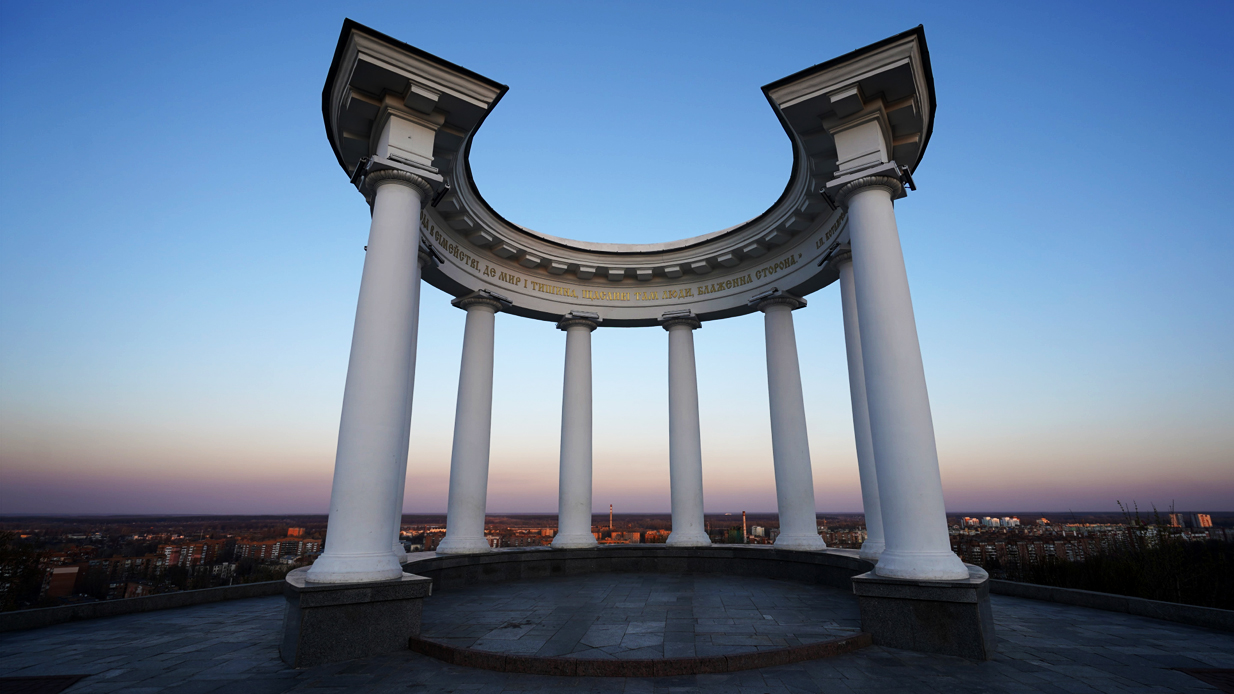 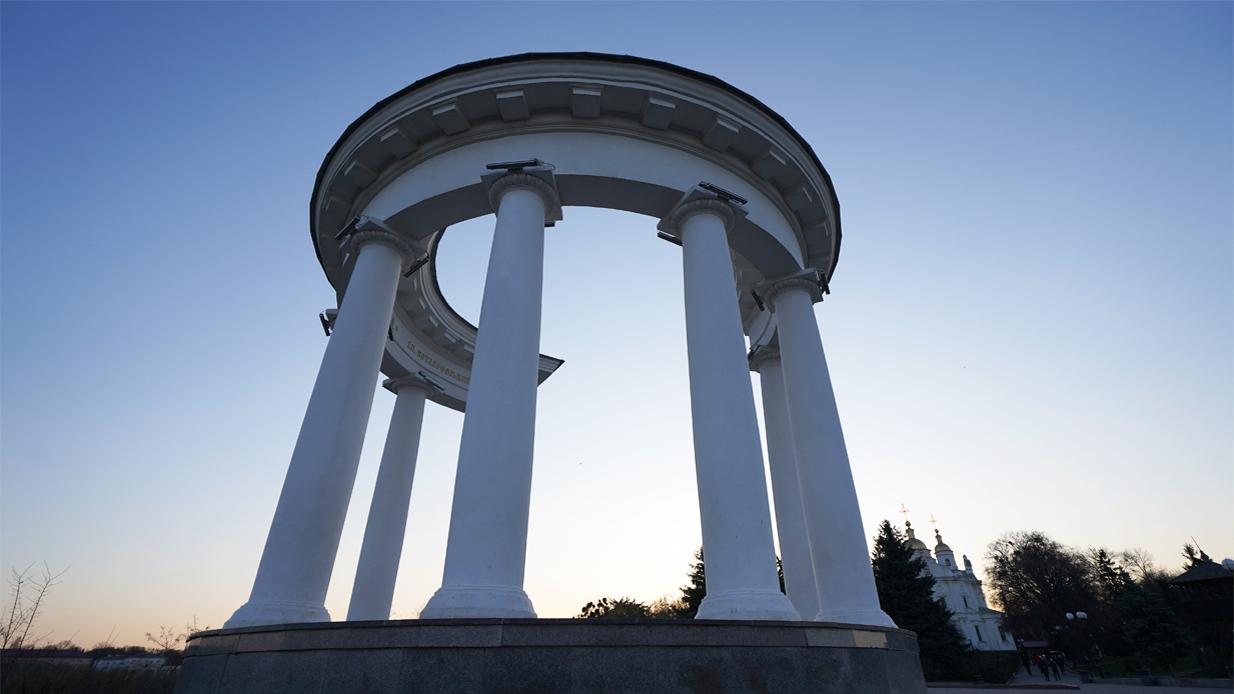 Within the old Poltava fortress on the site of the Podil bastion, a building was erected in 1909 to commemorate the 200th anniversary of the Battle of Poltava, without which the present-day Poltava residents cannot imagine their city - The White Rotunda.

During the WWII, Nazis dismantled the gazebo, setting up an anti-aircraft artillery post in its place. In 1954, the idea of ​​restoring the monument was realized by the chief architect of post-war Poltava Leo Weingort. A horseshoe-shaped colonnade of eight columns nine meters high reproduced the former Arbor, with the only difference being that the new building was renamed the Rotunda of Friendship for economic reasons.

Today, among most Poltava residents, the building is mentioned under its former historical name - The White Rotunda, which completes the Poltava plateau of Ivanov Hill. From here there is a wonderful view of the Vorskla river valley and part of the city.

The building resembles a horseshoe, bent at its edges to the Assumption Cathedral, which is placed on columns. This "horseshoe-shaped" appearance of the gazebo is due, according to legend, to the fact that it was on the Cathedral Square on the second day after the Battle of Poltava that Poltava artisans met with Moscow Tsar Peter I and, it seems, a local blacksmith skillfully shod the king's horse. horseshoe during the Battle of Poltava.