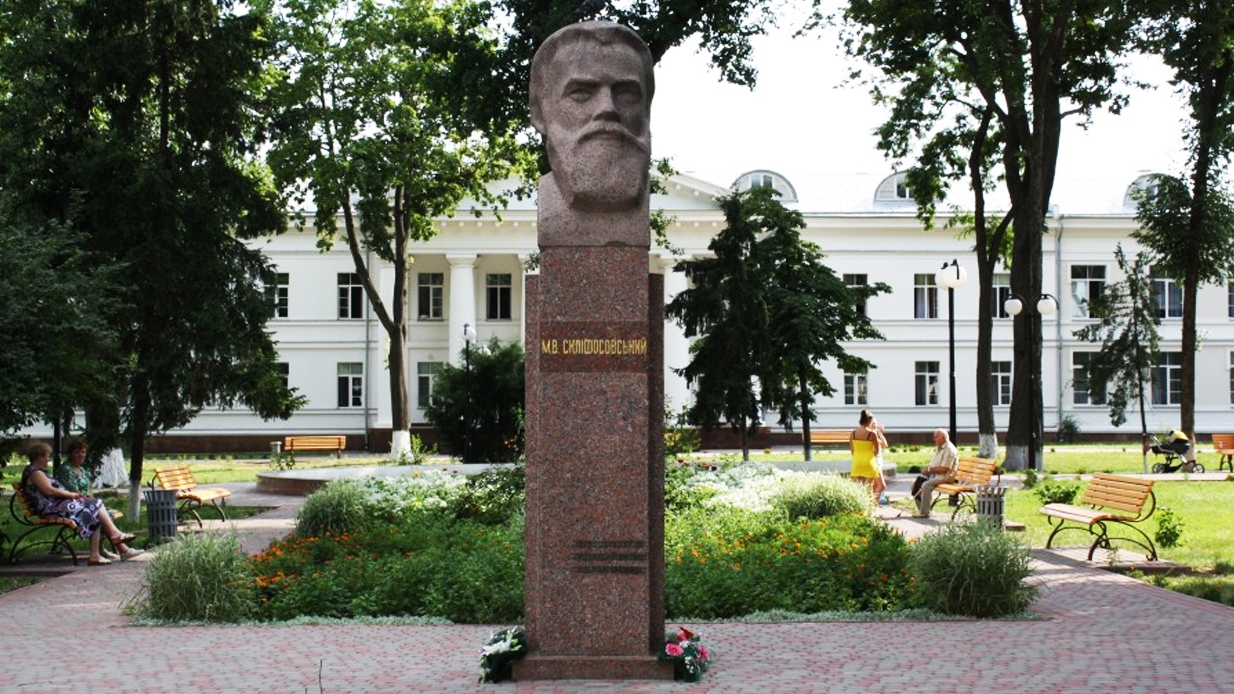 Nikolai Sklifosovsky is one of the most prominent Russian surgeons, a scientist, a public figure, a man of exceptionally broad and deep knowledge, a doctor who has never refused help to anyone. He was a professor at the University Clinic in Moscow, the Medical and Surgical Academy in St. Petersburg, the initiator and founder of the Pirogov Congress of Physicians, one of those who initiated abdominal surgery, antiseptics and asepsis.

Many years of his life were connected with Poltava. It was here in the Provincial Hospital that he performed the most complex operations, saving the lives of many Poltava residents. Since 1871 he has spent every summer in Yakivtsi on his estate, and since 1900 he has lived here permanently. He died in 1904 and is buried here.

In 1979, on the 75th anniversary of the death of a prominent doctor, a monument was erected on the territory of the regional clinical hospital, which bears his name. This is a granite bust mounted on a pedestal. The author is the sculptor MO Chernytsky. The height of the monument is 1.6 m, the pedestal is 2.4 m.

On the pedestal - a memorial inscription "From surgeons of Soviet Ukraine and grateful Poltava".