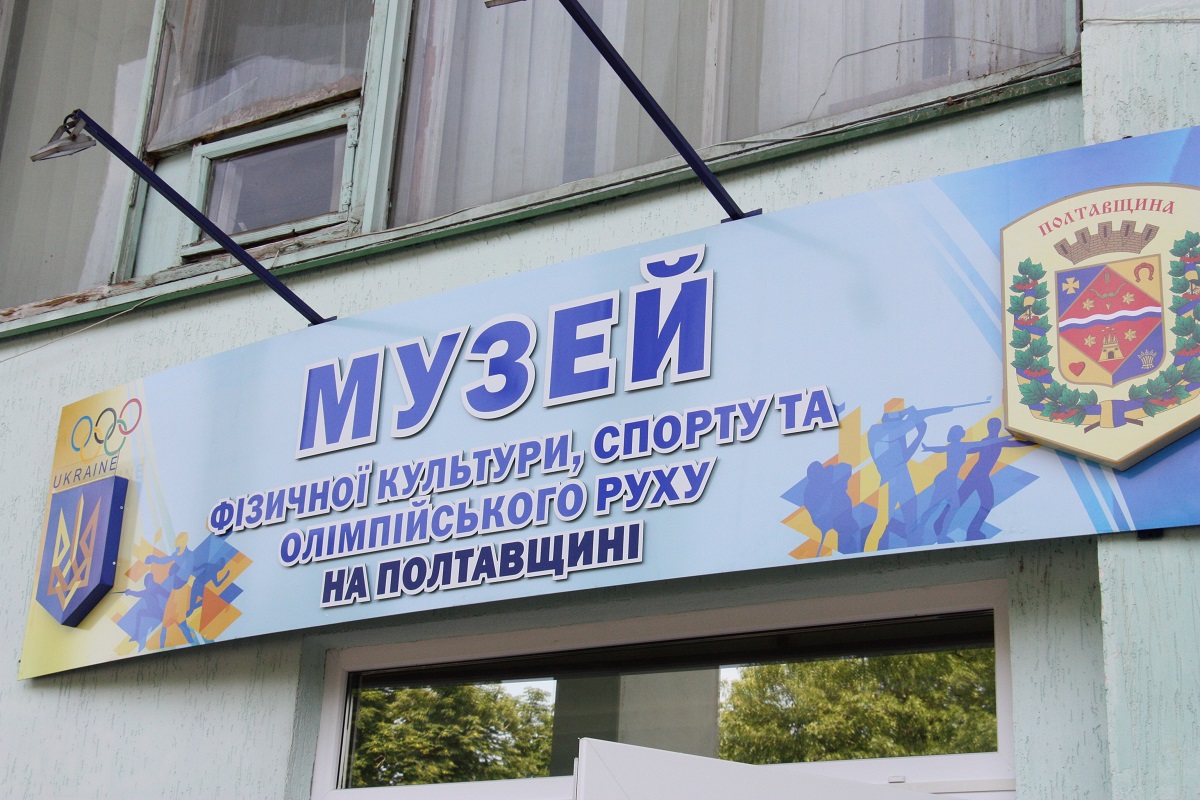 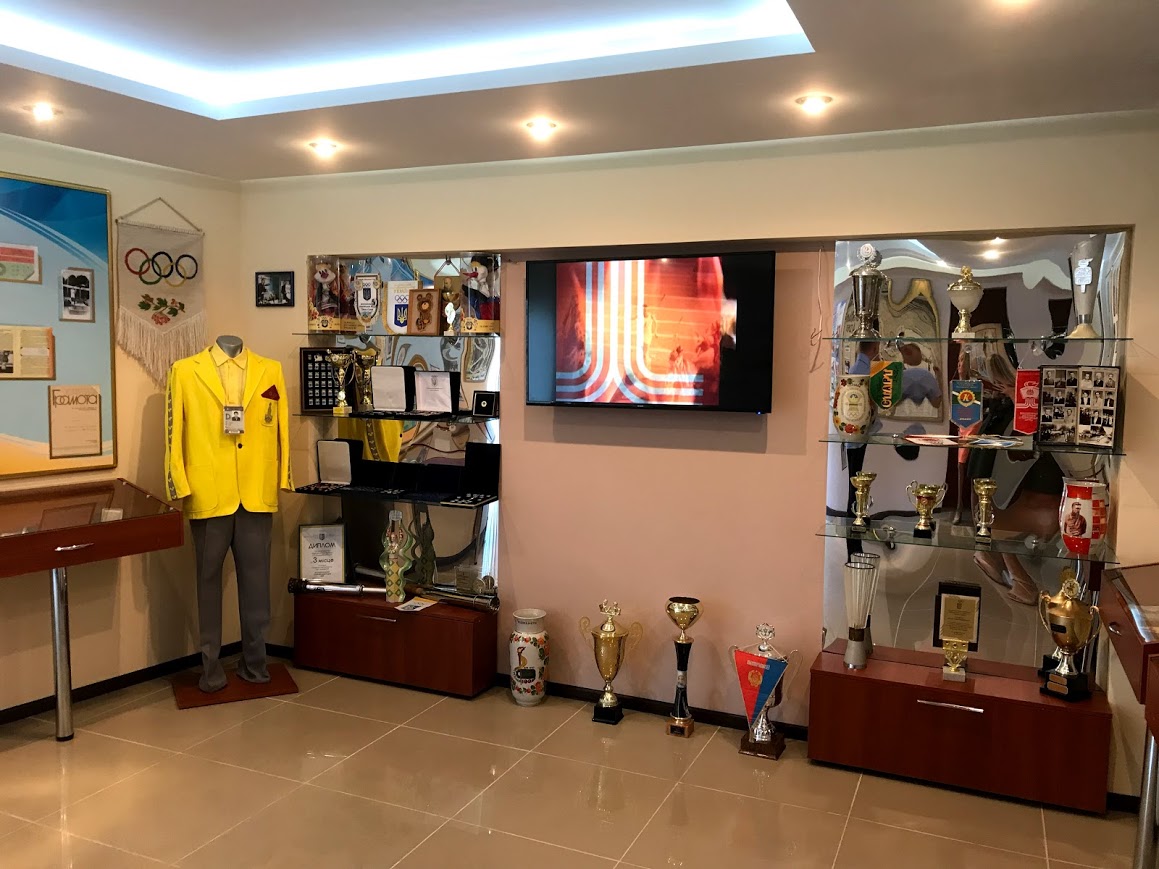 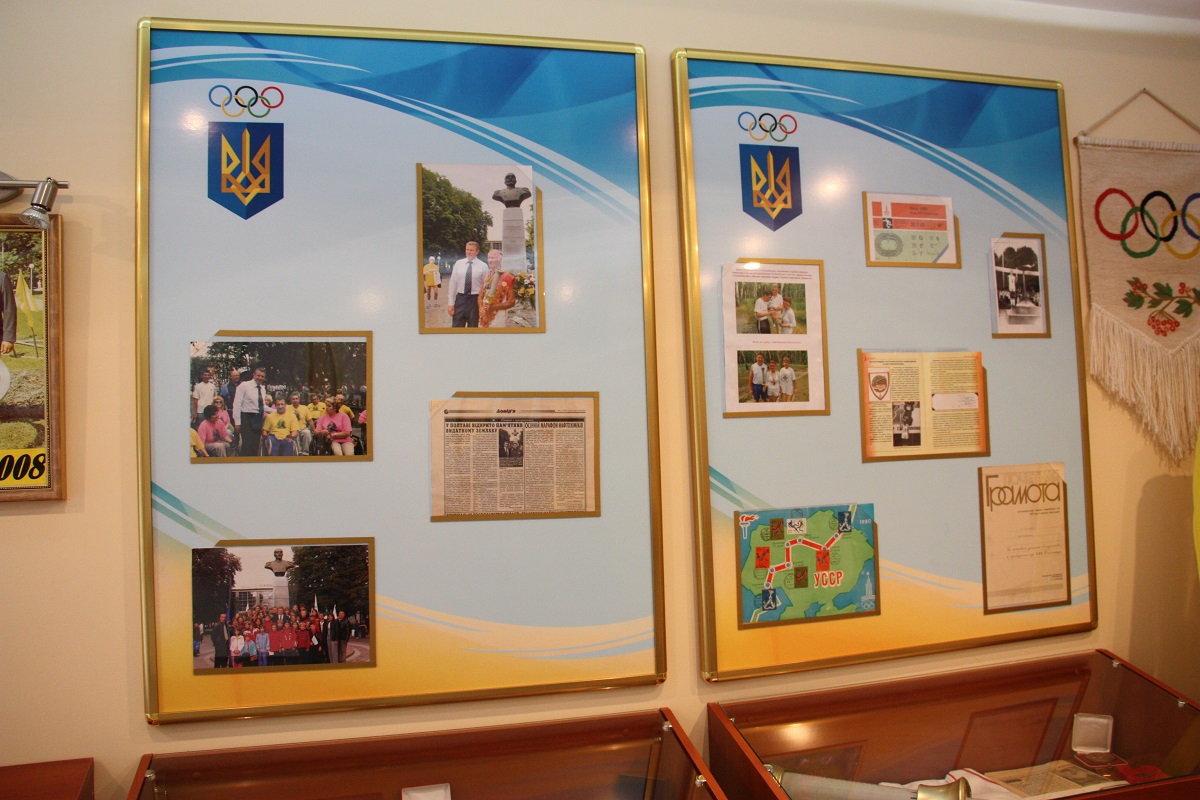 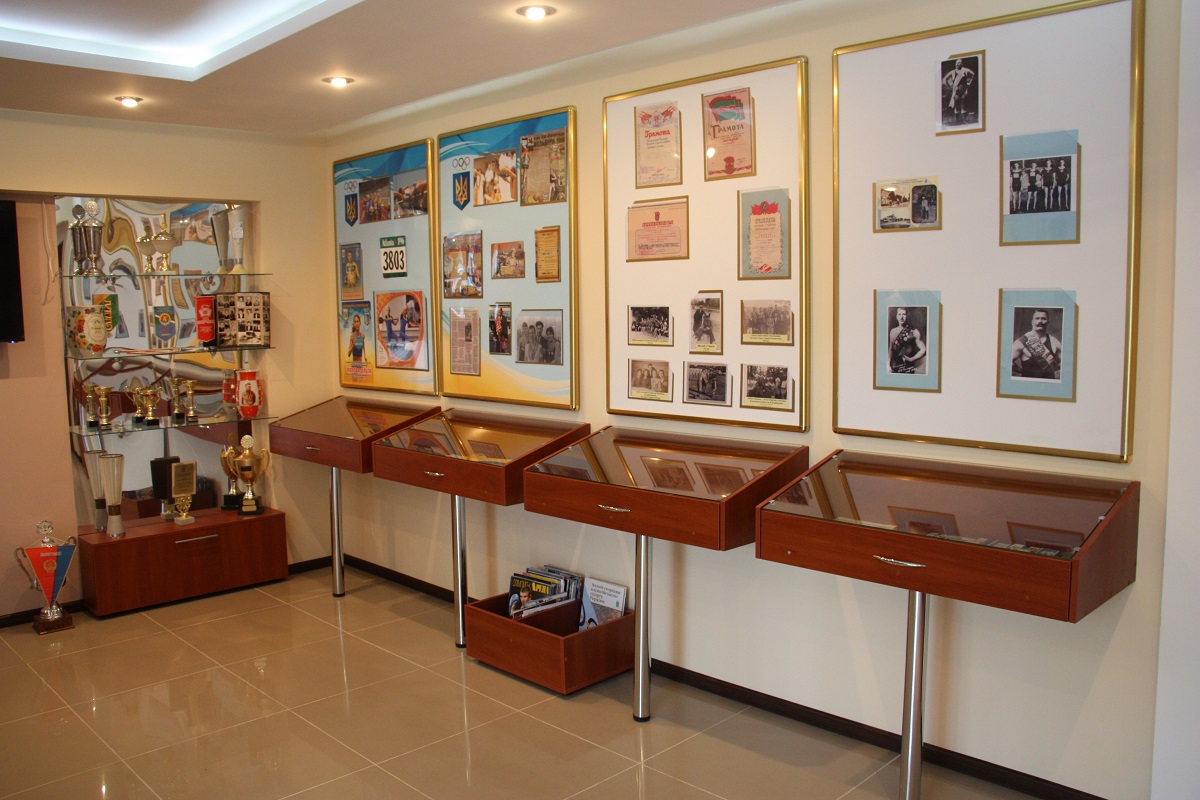 The museum (room) of physical culture, sports and the Olympic movement of Poltava region was opened on the occasion of the 180th anniversary of the scientist and practitioner of physical culture and sports, one of the founders of the newest Olympic movement Olexii Butovskyi. It was created on the basis of the "Vorskla" Stadium named arter Olexii Butovskyi. The museum fund has almost two thousand exhibits that tell about the development of modern Olympism, physical culture and sports of Poltava region. The main fund - 150 exhibits, auxiliary - about 2000. The exposition is located in one hall. According to the plan, three more rooms will be arranged. It is planned to expand the museum to four halls. The total area is 60 square meters. The exposition presents archival documents, photographs, newspapers, magazines, personal belongings of veterans of the industry and participants of the Olympic Games. In the museum room there are stands in chronological order: the beginning - the Games of Ancient Greece, at the end - the modern development of high-achievement sports in Poltava region. Diplomas, medals, badges, photographs, exhibits reflect the peculiarities of the origin of the sports movement, the Olympic movement in Ukraine, in particular in Poltava region. Special exhibits of the main fund:

• Torch and full equipment of the participant of the relay light of the 1980 Olympics. Poltava region is one of the 7 regions of Ukraine, on the territory of which the path of the Olympic flame passed;

• The route program of the Olympic flame (with special redemption of Olympic stamps);

• Souvenir mascots of the Olympic team of Ukraine "Storks" - the first sketches and a soft toy, author Vadym Yakovenko.

The museum (room), one of the few regional branches of the National Olympic Committee of Ukraine, was founded with the support of the NGO "Poltava Regional Branch of the NOC of Ukraine"