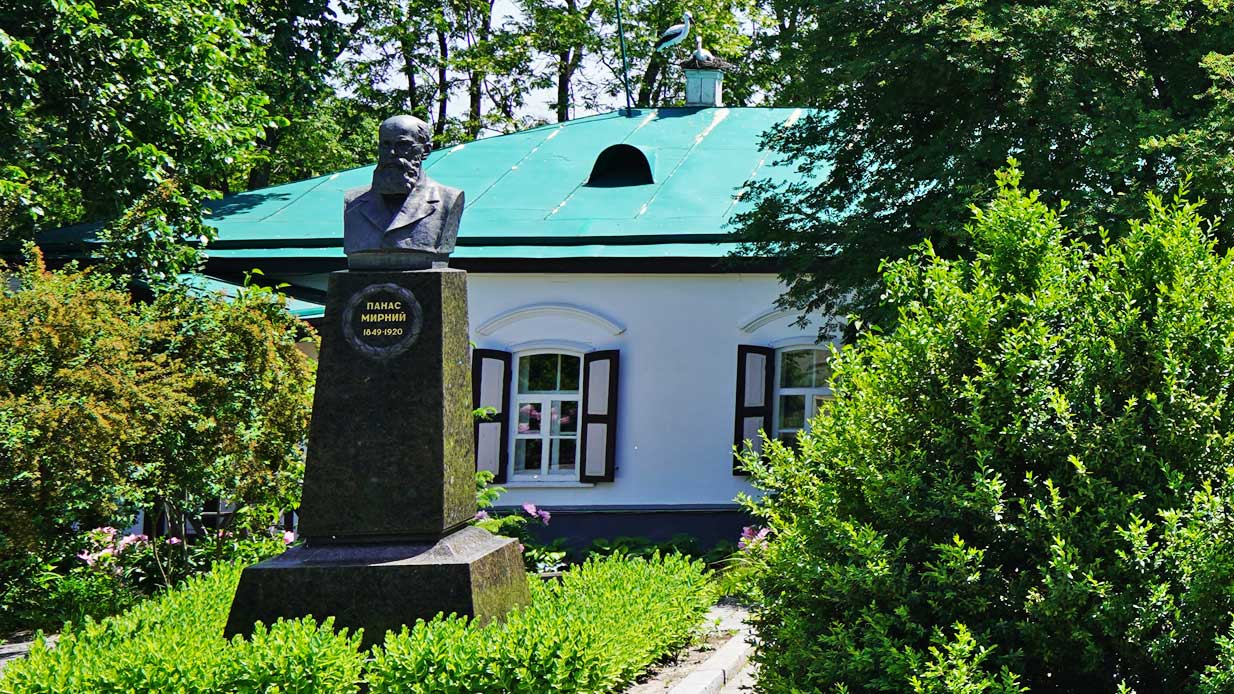 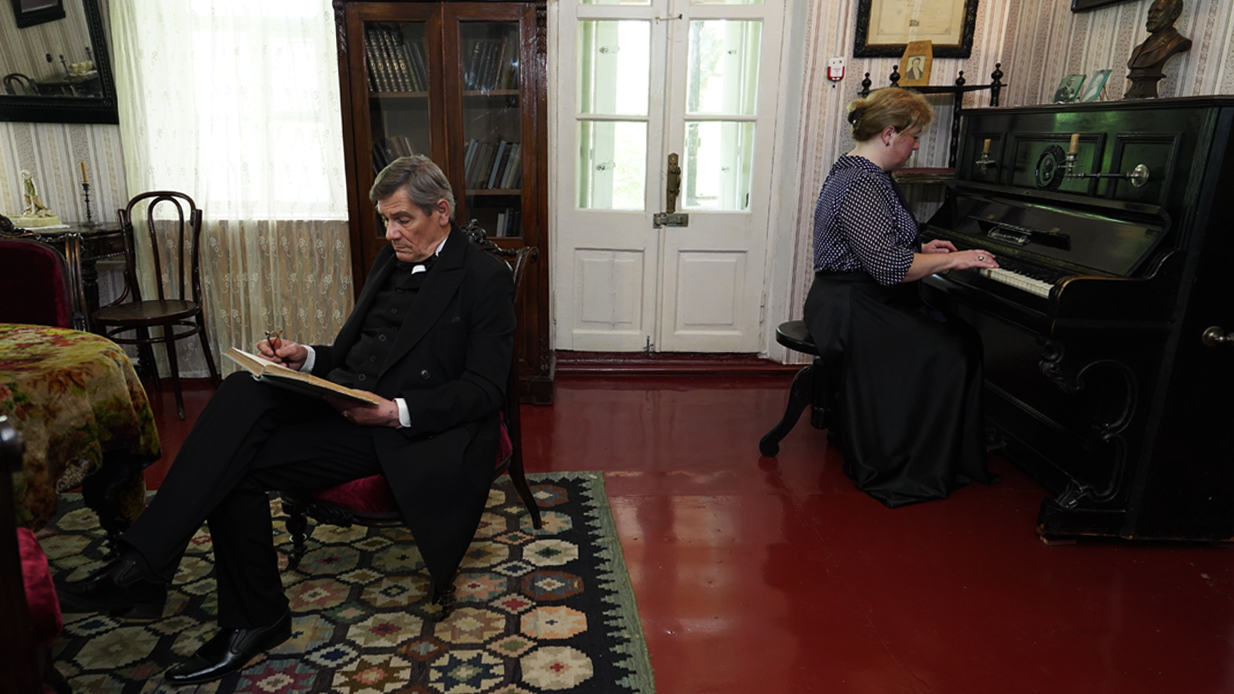 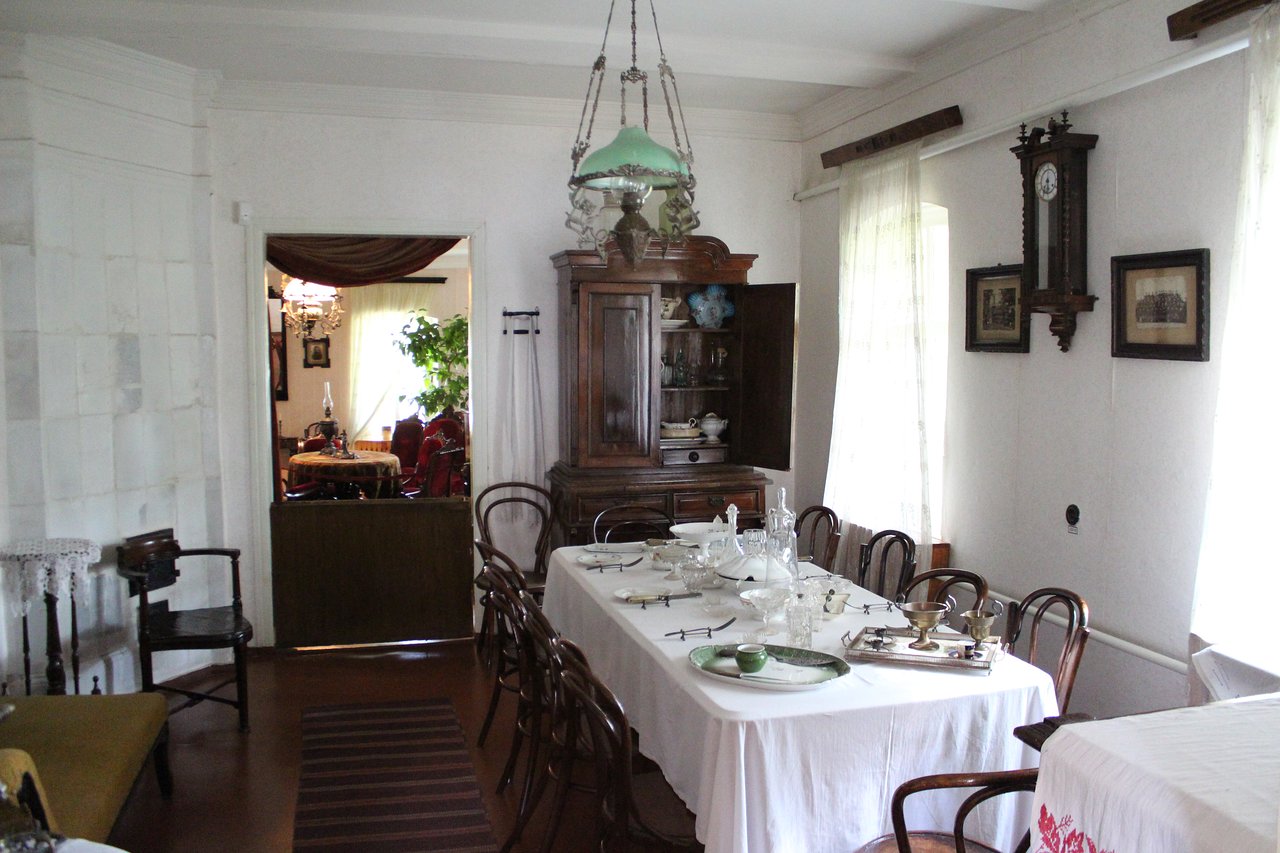 The Museum of the Famous Classic of Ukrainian Literature is located in the manor house where Panas Rudchenko, known under the pseudonym Panas Myrnyi, lived and worked from 1903 to 1920.

The house was built in 1860 and the museum was opened in it in 1940. For more than two decades, it was headed by the writer's middle son Mykhailo Panasovych Rudchenko.

The estate has been restored almost as it was in the last years of Panas Mirnyi's life. Its area is one and a half hectares. In the center of the yard is a wooden house, next to the gazebo, around the garden, where still are trees and  shrubs planted by the writer. From the veranda of the house through the garden to the pond is an alley where  Panas Mirny liked to have a walk after work.

The Panas Myrnyi Museum is one of the richest in Ukraine in terms of the number of memorial items. About a thousand things, books, documents and photographs are placed in seven rooms of the writer's house. Manuscripts, first editions of Panas Myrnyi's works, memoirs of his contemporaries are kept here.